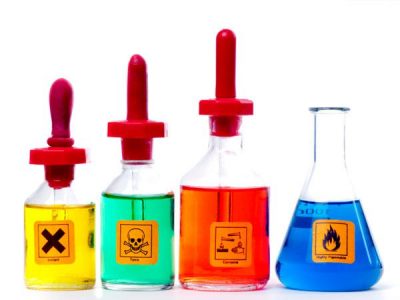 Avoiding toxins is nearly impossible, because they are ubiquitous.  Toxins are in the air we breathe, in the food we eat, and in the products (health, beauty, and household) that we use on a daily basis.  These substances are often referred to as environmental toxins.  They can cause cancer, respiratory illnesses, autoimmune diseases, and even death.  Toxins are metals, artificial food ingredients, air pollution, poisons, and other naturally occurring chemicals that can have negative biological effects on the body.

How Toxins Enter our Body

Environmental toxins enter the body through absorption, ingestion, and inhalation.  These are referred to as the routes of exposure.  Absorption occurs when toxins enter the body through the skin or the eyes.  It is considered ingestion when the toxin is swallowed in the process of eating or drinking.  Toxins in the air may be inhaled through the mouth or nose.  This is known as inhalation.

When a toxin enters the body, the organ systems work diligently to locate the toxin and remove it from the body before it can cause harm.  Making sure that the body is healthy plays a vital role in excreting toxins.  A strong immune system ensures that the body has enough good bacteria and vitamins to protect it from the toxins during the detoxification process.  There are several different ways that toxins can exit the body.  They are excreted through urine, feces, saliva, and sweat.

How Toxins Affect Us

If the body is unhealthy, it may have difficulty ridding itself of the toxin.  When the lungs, liver, and kidneys fail to excrete the toxin, it remains in the body and recirculates in the bloodstream.  Toxins that remain in the body accumulate and can cause serious illnesses or diseases.  The toxins may become trapped in adipose (fat) tissue and fatty organs which can result in benign (non-cancerous) or malignant (cancerous) tumors.  They may also become trapped in the bones.  Some toxins can mimic hormones and occupy the receptors assigned to the hormones.  These toxins are often referred to as endocrine disruptors.

It is extremely important to protect the body from exposure to toxins.  Washing hands before eating, drinking, and smoking can prevent ingesting toxins.  Wearing proper protective equipment when handling toxic materials, may reduce the probability of toxins entering the body through absorption and inhalation.  Eating organically grown foods can help prevent absorption of pesticides. Although completely avoiding environmental toxins is unrealistic, there are measures and practices available to take that can reduce the risk of exposure.

ABOUT THE AUTHOR
LaDetra Michelle Forrest Jenkins is a native of Winona, MS.  She now resides in Huntsville, AL, with her husband (Leamon) and daughter (Nelecha).  LaDetra is a veteran of the United States Air Force.  Inspired by her military training as a bioenvironmental engineering technician in the Air Force, LaDetra pursued an education at MS Valley State University (Itta Bena, MS) and earned her B.S., Environmental Health (cum laude), Minor: Chemistry.  After earning her degree from MVSU, she became a certified teacher and taught at the school that she attended as a child.  After five years of teaching, LaDetra decided to pursue a graduate degree.  She enrolled at Mississippi State University (Starkville, MS) and completed her M.S., Veterinary Medical Science (Environmental Toxicology).

LaDetra is currently employed by the US Army at Redstone Arsenal, AL, as an industrial hygiene technician and as the Installation Ergonomic Officer.  LaDetra also interns at Alabama Holistic Health, under the direction of Dr. Christina Berry.  The internship is providing training that will allow her to integrate conventional and alternative therapies to prevent and treat disease in the individual helping them reach optimal health.